Robin Cowie began his 26-year career with his work on The Blair Witch Project in 1999. Since then, he’s been a creator for eight feature-length films, two television series, six video games, three theme park experiences, numerous digital projects, and a role as the Creative Director for the $600 million Dr. Phillips Center. Robin has a passion for content, humans, and technology. His career path helped him become an expert in curating experiences that blur the physical and digital line. Currently, Robin works as the Director of Experience Technology for the experiential marketing company, Helo.

" The Hive Media Studio team did a great job on my personal resume site. They really worked with me to help me showcase my past projects." 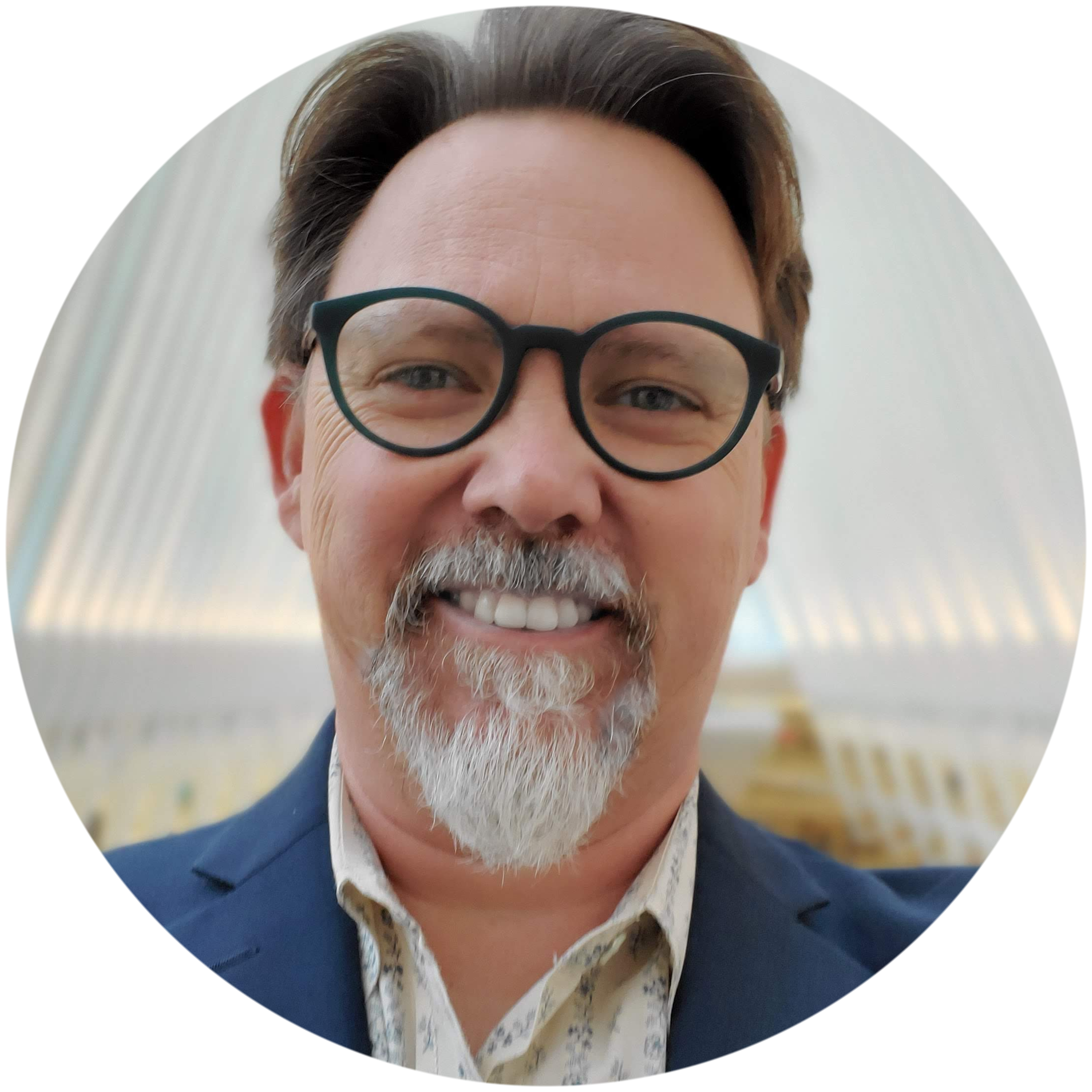 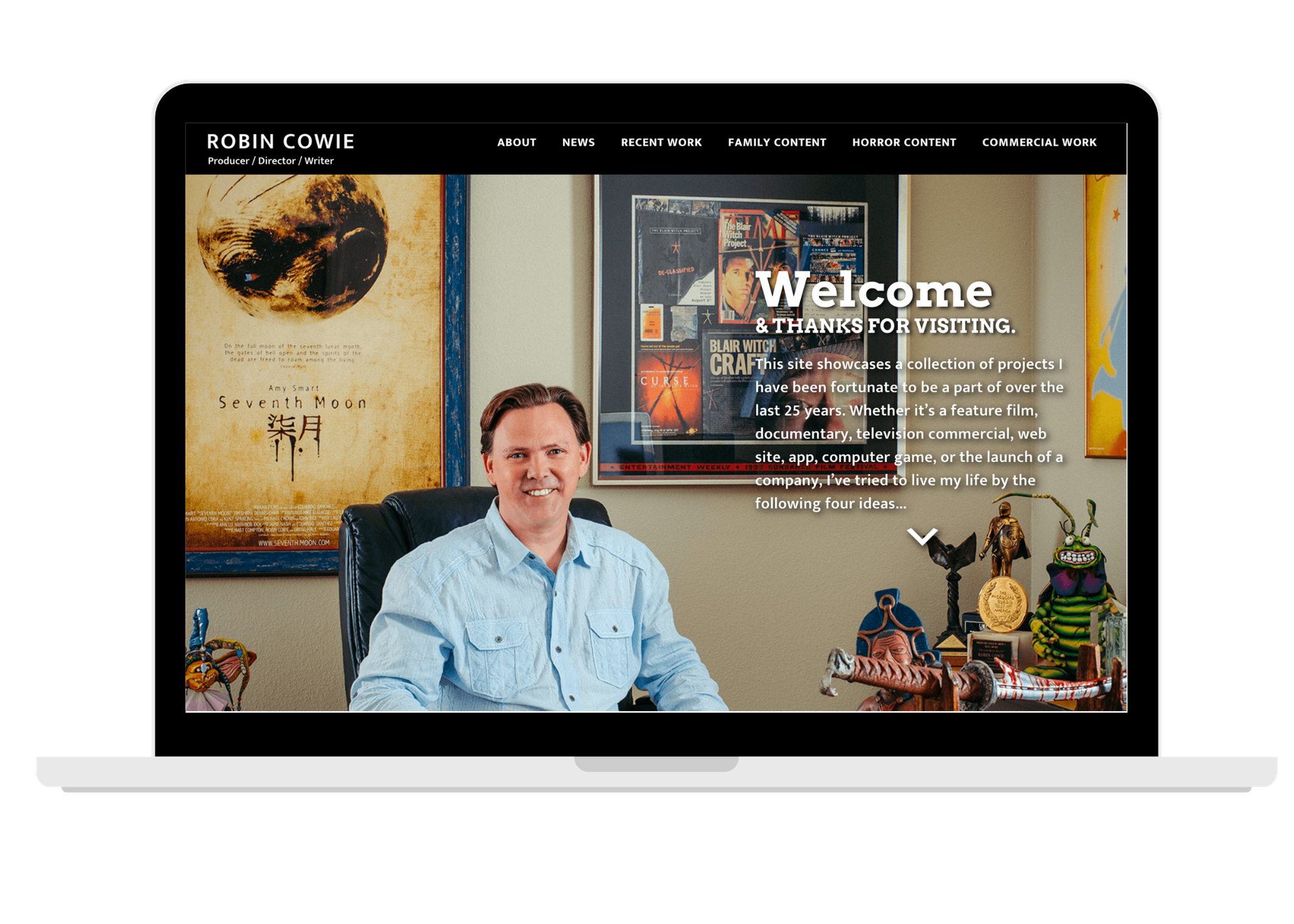 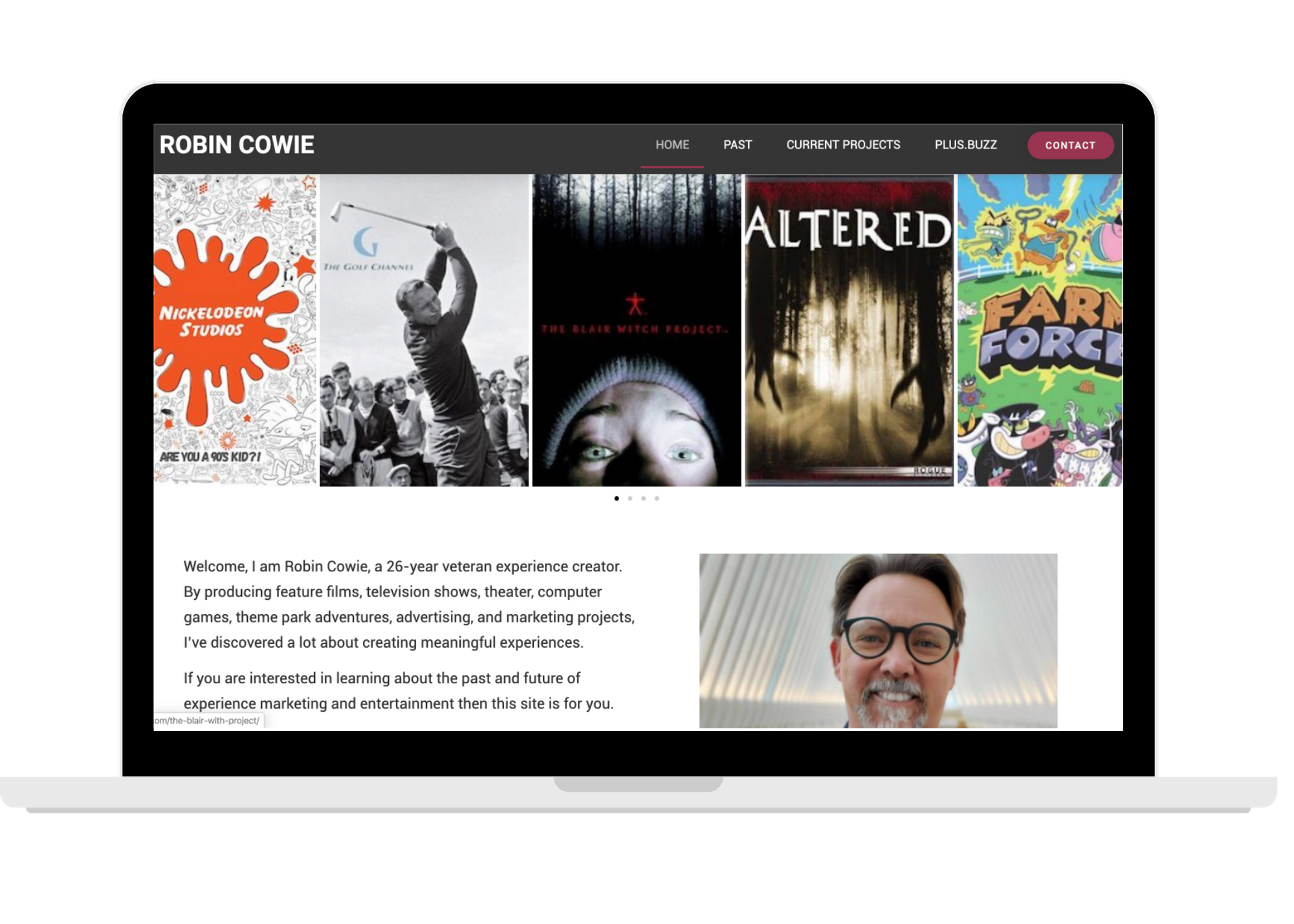 Robin came to Hive Media Studio, looking for assistance with the redesign of his website. His goal was to shift his site from a personal website to a portfolio website that showcased his resume and work history. He asked Hive Media Studio to highlight his past and current projects. It was important to Robin that we include his work on Blair Witch because it was such a pivotal piece of content. However, he wanted to be sure that the primary focus of the site was on all of the fantastic creative work he has done since that first project in his career.

Additionally, he wanted to improve the SEO for his site and connect it to his social media channels. Robin asked that we set up the back end of his website in a way that made it easy for him to consistently login and update projects each time he added new endeavors to his career path. He wanted the design of his site to be timeless and to continue to use the site as a record of his work for years to come.

We started by improving the content on his site used as descriptors for each of his projects. While doing so, we optimized the content, meta titles, titles, and pictures for SEO. We then linked his social media channels to the site. We featured projects on the home page of his website in a way that highlighted many of the pieces of work he’s done in addition to Blair Witch. We also created pages divided by past and present projects to decrease clutter and make the site easier to navigate. The biggest challenge with this project was deciding on a color scheme. Robin has many projects, each of which has a distinct color scheme. We were working with a wide variety of colors with many images that did not match. Our goal was to find a color palette that highlighted these project photos instead of conflicting with them. We chose grey and white as the primary colors and burgundy as a highlight. Finally, on the backend of his site, we created a template that allows Robin to put any updated project information he has in the future and click a box to implement it easily.